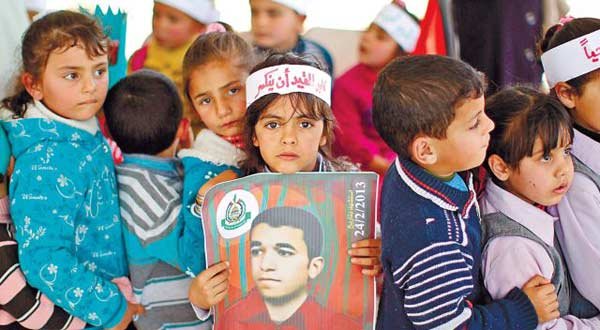 In 1925, the World Conference for the Well-Being of Children first proclaimed a day to honor children. In 1954, it was universally established.

Dozens of countries recognize it. Variants include the UN’s November 20 Universal Children’s Day.

It was established to encourage all countries to institute a day. It urged doing so to promote mutual exchange and understanding for children’s rights.

It was done to promote child welfare worldwide. On November 20, 1958, UN members adopted the Declaration of the Rights of the Child.

Universal Children’s Day is commemorated on other days. Many countries do so on June 1.

They’re horrific. They’re rampant worldwide. They occur virtually everywhere. They’re mostly below the radar. Children are among societies’ most vulnerable.

They’re used as chattel and other forms of labor. They recruited as combatants. They’re sexually abused. They’re harmed in many other ways.

Many are too young to resist. Abuse is a universal problem. It’s getting worse, not better.

In February, 230 children below age 18 languished in Israel’s gulag. Israeli security forces murdered others in cold blood. Some are shot in the back. None posed threats.

Israeli security forces systematically murder them in cold blood. Others saw loved ones and friends killed.

They witnessed Israeli missiles and other munitions destroying their homes and neighborhoods. They saw family members brutally arrested pre-dawn.

Israel is a CRC signatory. It systematically spurns its provisions. It ignores them. It commits horrific violations. Doing so based on security concerns doesn’t wash.

Israel’s only threats are ones it invents. Victims are blamed for its crimes. They persist daily. They show no signs of ending.

More than 10,000 were arrested. Currently over 200 are lawlessly imprisoned. “Protecting and supporting children should be a national responsibility,” said al-Sharafi.

Its report covered what it called “the occupied Palestinian territory, which includes the West Bank, East Jerusalem and the Gaza Strip.”

In response, Israeli Foreign Ministry spokesman Yigal Palmer lied saying:
“Israel will study the conclusions and will work to implement them through ongoing cooperation with UNICEF, whose work we value and respect.”

According to UNICEF, “(t)he pattern of ill-treatment includes…the practice of blindfolding children and tying their hands with plastic ties, physical and verbal abuse during transfer to an interrogation site, including the use of painful restraints.”

Minors accused of stone throwing endure horrific treatment. They’re defenseless on their own against it.

Children’s rights are denied “during court appearances, including shackling of children, denial of bail and imposition of custodial sentences and transfer of children outside occupied Palestinian territory to serve their sentences inside Israel,” said UNICEF.

It’s “widespread, systematic and institutionalized.” UNICEF’s report was based on 400 documented cases since 2009.

It used Israeli legal papers, government and NGO reports, interviews with Palestinian minors, as well as others with Israeli and Palestinian officials and lawyers.

They’re denied access to family members and lawyers. They aren’t told their rights. Confessions are “extracted under duress.”

They’re forced to sign them in Hebrew they can’t read. They’re threatened with physical violence, death, “and sexual assault against themselves (and/or) family members.”

Few children can resist this type sustained treatment. Nor can many adults.

Jean-Nicolas Beuze is UNICEF’s child protection regional advisor. “Israel is the only place in the world where automatically a child, when he is under arrest, is put before a military tribunal,” he said.

In other countries, doing so is “an exception,” he added. “A child is a civilian.”

Not when horrific suffering persists. Not when countless numbers of defenseless Palestinian children are grievously harmed.

It’s arresting them lawlessly. It’s imprisoning them. It’s torturing them. It’s attacking them at home, at checkpoints, at play, heading to school or coming home.

It’s systematically denying their rights. It’s about world leaders able to make a difference turning a blind eye. It’s about letting Israel get away with murder and much more.

UNICEF says violence against children is “everywhere.” It’s in plain sight. Other times it’s “hidden behind closed doors. It’s invisible” out of sight.

“All children have the right to live free from violence. (It) harms their physical and mental growth. (It affects) every society.” It’s worst of all against children.

Their day highlights Israeli crimes. They’re too grave to ignore. They harmed generations of Palestinian children. Their rights are systematically denied.

They’re held to highlight children’s rights. They defend them. They support them. They protest against abuses too grave to tolerate.

So is harming them in many other ways. Accountability is rare. Convictions are “almost unheard of.”

Soldiers are “indifferent to Palestinian children’s right to life.” They commit murder and other high crimes with immunity.

As a CRC signatory, Israel is obligated to protect children under its jurisdiction. Non-compliance with fundamental international law is common practice.

They turn a blind eye to doing so. Palestinian children today suffer more than ever. They’re defenseless on their own.

A Final Comment
Sham peace talks continue. How much longer remains to be seen. An April 29 cutoff date looms.

Perhaps Palestinian negotiators will agree to extend it. If so, they’ll have to explain. Months of talks went nowhere. Nor will months more.

Days earlier, Abbas applied to join 15 UN bodies and treaties. Joining dozens more should be prioritized. They include the International Criminal Court and World Court.

Abbas should have done it years ago. Joining is one thing. Using them responsibly another. Israeli officials outrageously denounced Abbas’ initiative.

They want Palestinians denied all rights. They want Jews alone having them. On Sunday, Netanyahu commented for the first time.

Palestine already is a state. It became one in November 1988. Most UN members support it. Netanyahu won’t acknowledge what exists.

“(T)he Palestinians will get a state only though direct negotiations, and not through empty declarations, nor through unilateral actions that will only keep the peace agreement further away,” he said.

He wants all valued Palestinian land stolen. He wants Palestinians kept brutally oppressed. He wants them denied all rights.

Peace process talks mock legitimate ones. Multiple previous ones were dead on arrival.

“Right when we were about to come close to that framework, Abbas rushed to declare he will not even discuss recognizing Israel as the national state of the Jewish people – not even discuss, not to mention agree.”

Recognizing Israel as a Jewish state violates the fundamental rights of its 20% Arab population. It consigns them to oblivion. It makes them non-persons.

Israeli peace treaties with Egypt and Jordan included no recognition of Israel as a Jewish state provision. Demanding it likely would have killed both initiatives.

Abbas acted, Netanyahu added, “even though he knows no agreement will be signed without the recognition of Israel as the national state of the Jewish people, something that the US president and other world leaders also made clear.”

False! World leaders oppose it. So do Obama and John Kerry. During a March meeting with Abbas, Obama never raised the issue.

He said nothing about recognizing Israel as a Jewish state. Kerry called Israel’s demand a “mistake.” He wants it excluded from talks. Netanyahu lied claiming otherwise. He continued, saying:

“Unfortunately, as we approached the talks’ deadline, the Palestinian leadership rushed to unilaterally join 14 (15, not 14) international treaties.”

“Thus the Palestinians significantly violated the agreements that were achieved. The threats to turn to the UN do not affect us. The Palestinians have plenty to lose in a unilateral step.”

Previous articleDREAMING LIKE DUBAI
Next articleBloodbath in Nigeria; 135 killed in 3 Attacks