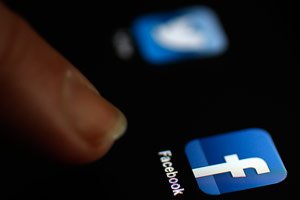 No one called on my birthday this year. Not even my best friend! They ‘posted’ their greetings on my Facebook ‘wall’ instead, some expressing sentiments that need not have been so publicly declared. Others wished me a happy birthday when they didn’t even need to know that it was my birthday.

But then, there is no respect for one’s own space on a wall, is there? So I had aunts, uncles, cousins, friends — and their FB contacts all wishing me a good one. Does no one find this lack of any real confidentiality on social networking websites annoying? While we fret over the lack of privacy when forced to share office space, a room, or our house — even if the set-up is temporary, it’s a price we are willing to pay — if we can show off to the world. Facebook is the place to brag about how well-read, well-versed or well-informed we are, not to mention the oh-so-big house we live in, the close-knit family we are, the beautiful kids we have, and the many countries we have visited.

And we absolutely exult in the flattery that our exhibition brings upon us.

There is no denying that Facebook also has a very powerful, more positive pull to it. It is the perfect place for holding fiery debates or meaningful discussions on social, political or religious issues. You can form a group, start a movement, mobilize people for a cause, and even bring on a revolution, as the people of Egypt just did.

Then there is the most delightful aspect of Facebook — it magically connects us to people we went to school (or even playgroup) with, or those who were with us at college, university, a former workplace. In fact, I quite enjoyed the reunion of my college gang myself.

Thanks to Facebook, I discovered that a peer at school, Russell (with whom I shared a few words in the two years of high school) had joined the Irish police force. And also that my Physics teacher’s marriage eventually ended in divorce. I am still trying to find out if Raj ever became the brilliant scientist he seemed destined to be. Or if Dana, with whom I shared many tears in school, ever became a doctor. And Saima, who cheated throughout college, I wonder if she succeeded at anything in life. These are people I haven’t found through Facebook’s Friend Finder.

But a little reconsideration on my part tells me that oblivion is not such a bad state of mind, especially when it comes to the success or failure of these FB contacts. Besides quenching the natural curiosity that plagues us as humans (and making me burn in envy when I see friends pose on the gondolas of Venice or (sniff) overlooking the Niagara Falls), the present circumstances of old friends make not an iota of difference as to how I live my life. And while Facebook has been simply awesome in the way it has connected us to a whole new world, it has also distracted us to the point of disrupting our small, but cherished, circle of friends and family.

Those of us who update their FB status every hour, and plan its content to the point of keeping a diary, drift away from the ‘real’ people in our lives — parents, spouses, siblings, children and true friends. The real family’s needs are brushed aside as we make space for those who are merely FB acquaintances.

But it needs even more resolve to nudge yourself to sign off from FB and cook a favorite family dinner, kiss the kids goodnight or make that weekly call to your mother, already delayed by two weeks — all because Facebook made you think that you didn’t have time. There is a life beyond Facebook. There always was.