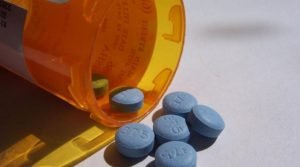 Bringing in a National Medicine Pricing Policy would be a simple but very effective way in controlling drug prices, without taking away the choice of prescription from doctors.

At the inauguration of a hospital in Surat recently, Prime Minister Narendra Modi announced his government’s intent to bring in a law whereby doctors will have to prescribe only generic medicines. Any conscientious citizen of the country, doctors included, will applaud this initiative as it intends to provide direct financial relief to the common man and limit the influence of major private companies in the pharmaceutical market. Unfortunately, the outcome of the initiative may turn out to be unhealthy in practice.

As with most policies, the devil is in the detail. In India, the unholy doctor-pharma nexus results in a symbiotic relationship leading to unnecessary, expensive prescriptions. This, of course, is a matter of grave concern. But it is important to realise that besides the doctor, this unholy nexus also has the pharmaceutical company as an equal partner. The intended legal proposal of the government has the means to rein in the doctor to an extent, but the pharmaceutical company goes unscathed.

At present, these companies “bribe” doctors into writing drugs of their choice because doctors have the power to prescribe medicines. Once this power is taken away, as intended by the proposed law, the onus of giving the branded generic drug will be with the chemist. It doesn’t require rocket science to understand where the pharmaceutical companies will focus then.

There is a chronic shortage of drug inspectors who look after quality control at manufacturing and dispensing sites of medicines. In 2010, 55 per cent posts of drug inspectors in Maharashtra were lying vacant. In the absence of stringent controls over dispensing chemists in the country, the move will create havoc. Besides substituting prescribed drugs, chemists could be selling more expensive generic drugs to patients, thereby defeating the very purpose of the law.

Quality is the other major issue with generic drugs. In the last couple of years, the US Food and Drug Administration (USFDA) has initiated action against many Indian pharmaceutical companies for alleged violation of good manufacturing practices and other irregularities at the drug manufacturing facilities. This happened mainly with generic drugs, which were manufactured in India and exported to the US. With such poor-quality controls in manufacturing, the intent of the legislation will be compromised.

It looks as if the government wants to work in reverse direction to cleanse the grimy Indian drug market. A logical step would have been to institute better quality control in the manufacture of generic drugs first, test their bioequivalence with standard branded medicines, build doctor and patient confidence on the product and then, push for a change in prescription behaviour of physicians. In fact, research papers from across the globe show that physicians need to be reassured and educated about the Drug Regulatory Authority approval system of generic medicines regarding their bioequivalence, quality, efficacy and safety to facilitate use.

The policy to implement legislation for the prescription of generic drugs by doctors is a good move, no doubt. But the haste shown by the government in bringing this measure is odd and populist. It is extremely important to reduce the burden of health-related costs on common people, but instead of jumping the gun on generic medicines, alternative methods to reduce costs and improving quality of drugs should be given priority. Bringing in a National Medicine Pricing Policy would be a simple but very effective way in controlling drug prices, without taking away the choice of prescription from doctors.

This could be easily done through the government’s National Pharmaceutical Pricing Authority. Prescription pattern monitoring rules need to be implemented stringently to dent the doctor-pharma nexus. Increasing drug manufacturing units and investing heavily in drug research and development will effectively make India “drug self-sufficient” with a wider and cost-effective “drug reach”. Better control of branded generics and patent generics are also measures the government should work on. The government should realize that intent reveals desire, but action reveals commitment. Half-hearted action will only jeopardize future action.

This originally appeared in Indian Express