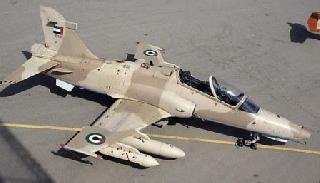 The General Command of the UAE Armed Forces said that the accident occurred during a routine training mission and resulted in the death of the pilot and co-pilot.

The authorities are examining the crash scene to determine the cause.–Wam/IANS