White House Mole was an Indian-American 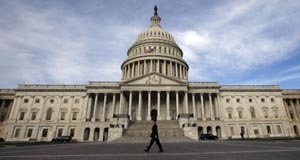 WASHINGTON, Nov 3 — It turns out that a White House mole fired recently for snarky anonymous tweets about top Obama administration officials and its policies was an Indian-American policy wonk.

Jofi Joseph, 40, who served as a non-proliferation expert on the National Security Council, was a key aide of President Barack Obama, whose administration at over two dozen has more Indian-Americans in key jobs than any other previous US administration.

Joseph, who was said to be part of the team working on negotiations with Iran over its nuclear program, was fired after it was discovered he was the author of the @natsecwonk Twitter feed known for its snarky blasts about the Obama administration. Under the cover of his alias, Joseph took aim over two years at high-ranking administration officials and Republicans alike, slamming their intellect and criticizing their appearance.

“I’m a fan of Obama, but his continuing reliance and dependence upon a vacuous cipher like Valerie Jarrett concerns me,” he once reportedly tweeted of the president’s senior adviser.

Summing up his colleagues, he tweeted another time, “‘Has shitty staff.’ #ObamaInThreeWords.”

Again it was he who reportedly supplied some of the ammunition to Republicans for torpedoing the nomination of Susan Rice, Obama’s first choice to succeed Hillary Clinton as secretary of state, over her handling of Obama dministration’s response to the terrorist attack on the US consulate in Benghazi.

Joseph did not spare Rice either when Obama appointed her National Security Adviser (NSA) a few months later.

“What’s with the dominatrix-like black suit Susan Rice is wearing at this announcement?” he anonymously tweeted when Rice was formally introduced as the new NSA at the White House on June 5.

Born in Germany where his parents, both Indians, were stationed in the early 1970s, he came to the US with his family when he was only six months old.

Joseph graduated as the valedictorian of his Catholic high school in Muskegon, Michigan, where the family lived. He attended Georgetown University’s School of Foreign Service, where he graduated in 1994.

The Washington Post cited a former NSC official as saying “Joseph could be sarcastic and bitter, especially in regard to colleagues who were given higher-level positions that he did not think they were qualified for.”

Time correspondent Michael Crowley who knew Joseph — fired “for his snarky and sometimes bilious tweets” — wrote in a recent piece that “in person he was nothing like his obnoxious Twitter persona.”

“Over lunch or coffee he was less interested in trashing colleagues than in diving deep on Iranian centrifuge capacity or deterrence theory in a post-Soviet world,” he wrote.

Previous articleBreaking Taliban into Good, Bad and Ugly
Next articleMohammed Urges Citizens to Observe ‘Flag Day in a Nationwide Campaign