This is Some Unity, Some Yatra! 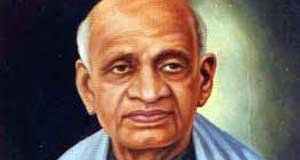 In the last week of October-first week of November, we saw two contradictory processes. On one side the foundation stone was laid for the statue of first Deputy Prime Minister of India, Sardar Vallabhbhai Patel, being called as Statue of Unity. On the other hand the BJP in Bihar was taking out ‘Asthi Kalash’ (Pitcher of Ashes), of the blast victims in Patna. These victims died while the blasts took place in Modi’s Hunkar rally. While Patel completed the last lag of India’s unity as a nation, BJP combine’s Asthi Kalsh Yatra has taken further the techniques which are divisive, and are an attack on the values of Fraternity ingrained in Indian Constitution. How do we understand the unity of India to begin with?

India’s unity begins with the coming of British. Pre British sub-continent made a journey from the tribal society, to pastoral society to kingdoms of different hues. Unfortunately there is a lot of confusion between kingdoms and the modern nation state. Pastoral society had different logic, while kings were sitting on the top of the structure in which the poor peasant was producing and large part of his produce was going to the king, through the landlord. The poor peasants were semi-slaves mostly at the mercy of the whims of the landlords.

For the younger generation, the life in this period can be gleaned partly from the classics of the literary stalwarts like Munshi Premchand in particular. The British in their project to plunder this country introduced the policy of ‘divide and rule’ and so introduced Communal Historiography. This pattern of looking at kings, through the prism of the religion, made the matters worse for us as the kings now are looked at as Hindus or Muslims. And the period when some of the kings were ruling part of the area is called as Muslim period.

The Muslim kings, ruled here, lived here and became the part of this soil. While British ruled from their head office in London and plundered the country. There was no concept of Nation-State at that time. Different kingdoms, warring with each other, trying to expand their boundaries on the strength of the sword.

With British, their plunder project led to the introduction of railways, communications and modern education. Whatever be the motives of British, this laid the foundation of geographical unity of India. The India we call today starts taking shape with that. But there is much else which transformed the ‘warring kingdoms’ to Indian state. The British policies led to discontent and the British system also opened some window of articulating the discontent. Unlike the period of Kingdoms, in the Colonial period itself many an associations of the rising classes, Industrialists, Workers and others started coming up.

They formed organizations for the first time. And amongst the number of organizations Madras Mahajan Sabha, Pune Sarvajanik Sabha and Bombay Associations are some noteworthy. At the same time Narayan Meghaji Lokhande and Singarvelu started organizing the workers. All these organizations were veering around trade, occupation, work: not religion. These were having people from all regions, all religions. On the material foundations laid by British, these efforts added flesh and blood and ‘Indian identity’ starts taking shape. This is the foundation of the emotional and civilian unity of India, building on the geographical unification.

This foundation of India gets the walls of unity from the anti-colonial, ‘anti-British national movement’. It was the national movement with participation of people of all religion, all regions, all castes, all linguistic groups, women and men both that real Indian identity comes to be rooted in our psyche and in our civilian life. This movement ‘India as a nation in the making’ has been the biggest ever mass movement in the world.

This movement was based on the values of Liberty, Equality and Fraternity, the principles which became the base of Indian Constitution. This was the Indian unity emerging from opposition to British rule; this was the unity for aspiration of building secular democratic India with composite culture. This led to our freedom with the partition tragedy accompanying it. This was the main structure of Indian unity. Some jobs were still remaining.

With freedom nearly 650 princely states, who were associated with British rule had to make their decision, to merge with India or Pakistan or to remain free. It is here that Sardar Patel’s final contribution of uniting India, as it is today, came as the icing in the cake, the plaster on the walls of National unity. This unity was emotional, civic and national. It included people of all religions that’s’ how Gandhi, Nehru, Patel and Maulana Azad, stuck together despite their diverse background and different expression of the value and create the Indian nation state. Contrary to the hints dropped by Modi that Patel would have dealt with Muslims better, the approach of the great leaders of Indian freedom movement was overlapping.

Patel was the one to give the provisions for minority institutions. Gandhi said about Patel, “I know the Sardar…His method and manner of approach to Hindu-Muslim question, as also several other questions, is different from mine and Pundit Nehru’s. But it is travesty of truth to describe him as anti-Muslim.”

This process of emotional, civic unification which began with the formation of various associations went through the freedom movement and found its culmination in the integration of princely states, into the Union of India. The process of unification also began and saw a miniscule process of divisiveness even at that time. This divisiveness began with the religious nationalism of Muslim League and Hindu Mahasabha-RSS. This group came from the landlords and nawabs (Led by Nawab of Dhaka and Raja of Kashi) and was later joined in by the section of elite educated middle classes in the form of Jinnah, Savarkar and the founders of RSS.

After some gap, the process of violence began again with Jabalpur violence of 1961. At the root of violence is the hatred of ‘other’, propagated through word of mouth, through shakhas, through school books amongst others. This creates a ‘social common sense’. This ‘social common sense’ is totally negative against religious minorities and acts as the fertile ground on which the communal violence takes place. Various techniques were devised to orchestrate communal violence, pig in a mosque, beef pieces in mandir (temple), killing of cow, music in front of mosque, ‘molestation of ‘our’ women had been the major ones amongst them.

A new pattern has been added to this. After the siege of Babri in October 1990, the tragedy led to death of the kar sevaks. VHP took out the Asthi Kalash Yatra and the yatra left the trail of blood. After the Godhra train burning (who did it is another matter, many theories abound, this article is not going in to that) let’s see how this tragedy was used to divide the community. The dead bodies were handed over to VHP to take out a procession. The mass hysteria was created during the procession. Rest is too well known. Society divided along religious lines. Despite diverse claims ‘division amongst Hindus-Muslim’, is a matter of concern in the country in general and places like Gujarat in particular.

Let’s now come to Kandhmal. Swami Laxmanand is killed. No debate about who did it. The VHP takes out a procession of Swamiji’s body through a long route. Violence against Christians follows. Further perfecting the technique, now after the Patna blasts, whoso ever did it, the dead bodies are being taken out in procession through various routes. Is it to pay homage to the poor victims despite whose death the rally continued, or the goals are to divide the society along communal lines?

This is social disunity. Sardar Patel’s statue and life was for social unity, this and other acts of BJP combine are just for the opposite goals. Hypocrisy at its best or worst is at display here. Commemorate the Sardar who united India, not just by merging the princely states but being the part of freedom movement which was the uniting movement. And also remember the unity of India just does not begin and end with the merger of princely states; that was the last phase of unity process.