The Absurdity in the Name of Pre-poll Surveys 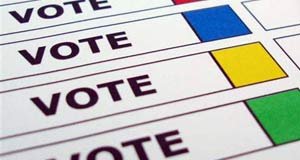 Pre-poll surveys should be curbed not just because they influence one party or candidate or the other, but because they fool the people of India

On March 11, 2004, that is, just over a month before the Lok Sabha election was to start, the editor of a top private television channel of India, while talking to a handful of people, including this correspondent, said that the NDA was going to win the election as Sonia Gandhi’s Congress was nowhere in contest. As it was a private get-together at his close relatives place outside Delhi there was no scope for any discussion. The said editor is a thorough professional and obviously based his view on the various opinion polls.
But when the results came on May 13 the same year the world was shocked to find that the Vajpayee-led NDA was voted out of power and Congress, which did not even declare its prime ministerial candidate, emerged with the maximum number of seats.
In its stronghold, BJP could win 14 out of 26 Lok Sabha seats in Gujaratthe totally disorganized Congress bagged the rest 12.
Pre-poll surveys have been horribly wrong most of the times.So far so goodor say badabout this so-called pre-poll surveys and exit-polls. The truth is that they should be curbed not just because they influence one partyor candidateor the other, but because they befool the people of India. Those who hook up to these noisy television channels on prime time to watch these survey results end up wasting their time, money and energy and learn nothingexcept the art of grumbling and abusing.
What these so-called experts fail to explain is that the pre-poll surveys in the multi-party India cannot be compared with such exercise in most countries of the West, where there are two-partyor hardly three party–system. Therefore, in India they are mostly wrong. Why they do not cite the example of the country like say Israel, where there are hordes of political parties. In fact new one comes and old one fades away after every couple of years in this small theocratic country. How difficult and often how off the mark are surveys thereeven the last January one.
In India even if in the handful of cases these surveys are proved right a detailed analysis confirms that they are far off the mark and raises several serious questions.
Take the example of 2010 Bihar Assembly exit poll of CSDSit was not a pre-poll survey but the post-election one. It correctly predicted that the ruling JD (U)-BJP would win between 187 and 203 out of 243 Assembly seats. It did win 206. While all the other half a dozen surveys proved wrong as their projection of seats for NDA were much less.
But even the study of CSDSthe most credible among the lotneeds to be questioned as it came to the figure of over 200 seats by claiming that the ruling NDA would get over 46 per cent of votes. Actually it ended up getting much less, only 39.1 per cent votes. Winning 85 per cent seats by just polling 39.1 per cent votes raises a serious question over first past the post system which is in practice in India. But then this is a different matter.
Similarly, Mulayam Singh’s Samajwadi Party did come to power in 2012 Assembly election, but then most surveys showed that the UP was heading for a hung Assembly. The party went on to win 224 seats.
Similar was the case with 2009 Lok Sabhha election in which the Congress managed to increase its tally by 60 seats and thus silenced all the TV channel projections.
The irony is that while most political parties, including Congress, are in favor of curbing these pre-poll surveys the BJP is the one which is in its favor. What is more, while these poll surveys are the most undemocratic way of thrusting what Noam Chomsky would describe as manufactured consent the champions of pre-poll surveys in India,the corporate media,would talk of the freedom of expression. One fails to fathom as to how the freedom of expression would be denied if one is not allowed to see these fake and imaginary figures on TV channels, which only benefits the advertisers.
The truth is that any journalist or public opinion maker who had visited Bihar in 2010 or Bengal in 2011 or Gujarat and UP in 2012 would have come to the conclusionof course without pre-poll surveys or exit pollsthat NDA, TMC-Congress combine, Samajwadi Party and BJP respectively will win in these states. If that is so then why this big exercise of hundreds of pre-poll surveys months and years ahead of the actual election. In no country of the worldrepeat in no country of the worldsuch madness is enacted in the name of democracy and freedom of speech.
Take the example of the United States itself. On November 6, 2012 the people of the country not only elected their President, but also the House of Representatives, which is like Lok Sabha in India. Obama, as predicted, won the presidential election. But in the election held on the same day for the House it was the Republican and not Democrat, which got majority.
So the greatest folly in India is that all these surveys are now being conducted as if there is presidential form of government and not parliamentary democracy. The irony is that while the Congress has not announced its prime ministerial candidate all these surveys are based on Narendra Modi versus Rahul Gandhi battle.
Similarly, Arvind Kejriwal is shown to be the most favorite for the post of CM of Delhi, when there is absolutely no scope for any such survey in parliamentary democracy when rival parties are yet to announce their candidates.
The truth is that the pollsters have made caricature of this art or science of psephology.

*Soroor Ahmed is a Patna-based journalist and writer.  This first appeared in twocircles.net

Previous articleThe Judaization of Israel is Complete
Next articleReadying for the Red Planet?

SHIMLA -- The Congress on Thursday was leading the initial...