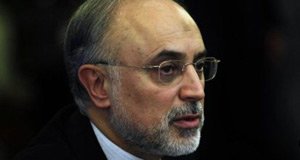 TEHRAN: Iran’s nuclear chief said Sunday that authorities arrested four workers in an alleged sabotage plot involving one of the country’s nuclear facilities, hinting that authorities were looking at suspected international links such as Israel.

The reports quoting Ali Akbar Salehi did not give further details or name any specific countries in possible connection to the investigation. But his reference to probes into “hostile” nations suggested Iran could point the finger at Israel — which is already blamed by Iran for a series of targeted slayings of nuclear scientists over the past four years.

Iran also has claimed possible US links to past attacks on its nuclear program, but Salehi said the latest alleged plot could be tied to those opposing Tehran’s recent groundbreaking outreach to Washington.

On Saturday, Iran’s Foreign Minister Mohammad Javad Zarif said Israeli Prime Minister Benjamin Netanyahu wanted to “blackmail the world” and block potential progress in nuclear talks with the US and other world powers.

Salehi, who was quoted by the semiofficial Fars news agency, gave no further details on the alleged plot or the possible target, but said authorities had monitored the suspects and made the arrests at “exactly the right time.”

Later, Salehi told state TV that authorities had foiled “several cases” of similar sabotage attempts in the past “two or three weeks.”
“Hostile countries are not interested in finding way out of current situation and they are trying to block agreement on the nuclear case though acts of sabotage,” Fars quoted Salehi as saying.—Agencies

Previous articleTime for another Aligarh movement
Next articleFinding a husband biggest concern of Saudi women: poll