BANNING THE BURQA IS A BAD IDEA 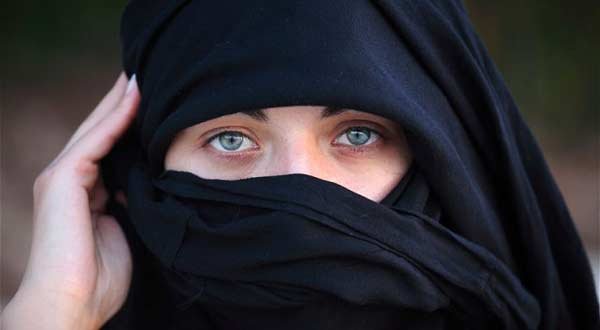 Banning the burqa is an assault on the most basic human right of women having control over their own bodies and minds. The burqa is not the problem but a symptom of a larger problem of women feeling oppressed by men and pressured to conform to the objectification of women’s bodies in Western societies

When I was recently invited to speak at a debate at Ireland’s University College of Cork on banning the burqa, I was a bit hesitant to accept the call to participate. I, for one, am not a woman, nor am I Muslim. Speaking on an issue that focuses specifically on Muslim women seemed to me like an odd and challenging task. Upon reading the invitation a second time, I contemplated my own reservations about the burqa. I have very strong feelings against any government that demands that their women be made to wear full-cover veils. This is absolutely repressive and should be challenged. But I also believe that targeting and penalizing women does not solve any problem. Though I may not support the burqa, I will definitely defend the right of Muslim women to wear one if they so wish.

Banning the burqa is an assault on the most basic human right of women having control over their own bodies and minds. I believe that the burqa is not the problem but a symptom of a larger problem of women feeling oppressed by men and pressured to conform to the objectification of women’s bodies in Western societies.

Legislating against and criminalizing the burqa is not, as many critics argue, going to achieve gender parity in Western societies. Rather, banning the burqa is going to bully Muslim women into abandoning their cultural traditions, religious obligations, and political expressions.

I would like to provide an example from my own experience filming a woman from Dallas, Texas, who wears the abaya for her own self-respect. My meeting with Nicole Queen, a self-proclaimed ex-party-girl who converted to Islam, showed me that a Muslim woman might cover up to resist the excessive behavior of Western women who appear to be without shame or modesty. For Nicole, wearing the abaya gave her a new self-confidence. She stated, “It made me feel like a nun [whom] everyone respects because she lives her entire life for God, in the way she dresses — she isn’t showing anything of her body. They can’t look at you as a piece of meat.”

Many Muslim women who wear the burqa do so out of their own free will. This is an empirical fact. It has been highlighted elsewhere that Muslim women in France wear the burqa for a variety of political reasons, including as a response to the Westernization of society and for freedom from male harassment. By banning the burqa, the majority population is effectively preventing Muslim women from exercising their human right to do what they want with their very own bodies and express themselves how they see fit.

Singling out the burqa directly stigmatizes Muslim women and only Muslim women. Western governments have not proposed legislation that calls for a ban on the orthodox Jewish practice of recently married women having to shave their heads. In the United States there are few if any politicians in Washington, D.C., calling for a ban on evangelical Protestant church leaders telling their women to be submissive to their husbands and act as nothing more than breeding machines.

Singling out the burqa and Muslim women is, quite simply, a somber capitulation to the Islamophobia running rampant in our societies. It is also an unfortunate reminder of Western society’s dark history of targeting minority communities on the grounds of their non-Christian faith.

Extremism is at the heart of the debate on whether to ban the burqa. It is nothing short of extreme to declare that women of a particular faith cannot have a choice over what they wear and how they express themselves, especially if it has religious connotations. Ultimately, extremists on both sides of the burqa debate, as the Pakistani-American thinker Harris Zafar notes, have engaged in a virtual tug-of-war, and Muslim women are the rope.

Extremists who call for banning the burqa appear to be largely illiberal, patriotic, and non-Muslim men who use the burqa as a means to persecute Muslims. For these men to be dictating what Muslim women can and cannot wear is a violation of the Western ideal of freedom to develop one’s personality and identity as one sees fit. It is sadly ironic that men who propose to ban the burqa as a means to “liberate” Muslim women are the same men who are proposing laws that restrict a woman’s right to do what she pleases with her own body and mind.

In banning the burqa and so obviously targeting the women of one particular faith, Westerners are sending a message to the world that their standards of human rights, of freedom of religion and expression, are only applicable to certain types of people. In France, for example, banning the burqa breaks Article 8 of the European Convention on Human Rights, a law designed to protect and respect an individual’s private life and legally protect a woman’s right to her personality and identity development. According to Articles 9 and 10 of this framework for European human rights, all European women should have the right to freedom of expression and, according to Article 14, should be protected from discrimination based on religious and other discriminatory grounds.

Now, let us take a step back for a moment to account for the absurdity of practically implementing a burqa ban. Say, for example, that a government voted tomorrow and passed a law to ban it. How would authorities go about implementing this policy? Are the police going to arrest every single Muslim woman they see wearing a burqa on the street? What happens if a woman is wearing the burqa of her own free will? Will she be arrested for that? Will she be turned into a criminal because of her own personal convictions and identity expression?

I would like to challenge readers to think about the following issues. Think for a moment about the severity of the problems that our societies face. Go for a walk in any major city and you will notice people begging for some change to put some food in their bellies or to find a safe place for the night to catch some sleep. Think, as well, about the dire conditions in other countries around the world. Think about Syria and the horrendous civil war, and about the water and food shortages in parts of Africa.

Yet people still stress the importance of debating the ban on the burqa, a piece of clothing worn by an extremely small number of Muslim women. The fact that this veil has been portrayed as a major social and moral issue is both shocking and petty. Are there not much bigger things in the world to worry about than a piece of clothing?

Banning the burqa strikes at the very heart of our own identities. It raises the question of the type of society that we want to live in. Banning the burqa is equally offensive as the Taliban’s laws demanding that women cover up. We should ask ourselves, “Are we actually like them?” Courtesy HUFFINGTON Post