Hyderabad's Sunday-Funday Event Called Off in View of Omicron Concerns

WHO Chief Says World at 'Critical Juncture' in Covid Pandemic 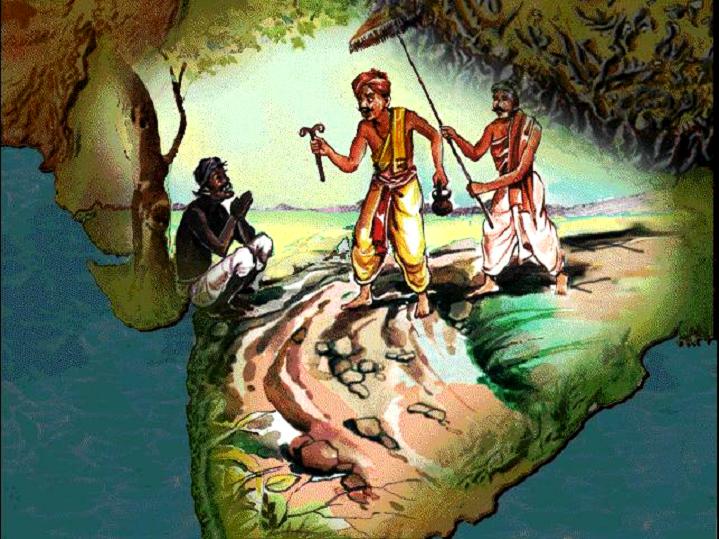 As an educator I believe in the transformative power of education. The process of working through the contradictions between my monolithic view of Hinduism and the narratives of Dalits, Adivasis, and other oppressed peoples was vital for my growth. It led me to a broader community and larger truth that has shaped who I am as a community organizer and educator, writes Meghna Chandra

As an educator who believes in the ability of education to inspire people to build a better world and to develop people into fuller human beings, I take issue with the claims of the Hindu American Foundation that Hindu children must be shielded from the history of Hinduism to protect their self-esteem and prevent bullying. This issue is personal. The child they seek to protect with their historical revisionism, well that was me.

I was the only Hindu kid in my grade in my overwhelmingly white hometown of Merrimack, New Hampshire. Growing up, I fielded plenty of questions about the “dot on our foreheads”, why gods and goddesses were blue and had so many arms, whether or not I would have an arranged marriage, and which hand I used to wipe my shit. I endured racial slurs about the bindi worn by Hindu women and bizarre comments about the color of my skin and its proximity to the color of dirt. I internalized shame about all the ways I was different, and struggled to get by without drawing too much attention to myself.

During our 6th grade social studies class, when the unit on Hinduism came up, I wanted to disappear into my chair. I already felt painfully different as the lone brown girl, but those 45 minutes of tortured explanations about the caste system and mangled pronunciation of Hindu philosophies like “karma” and “dharma” made me want to gag. I felt that someone else was defining my culture for me, and I felt powerless to define my identity for myself.

Thankfully, or so I thought, my community taught me, through forums like the Chinmaya Mission, about the universal beauty of Hinduism, and that caste was long in the past. At one point, it had been a social reality manipulated by evil people, but it was not inherent to the religion itself. Hinduism was always something to be proud of, a set of lofty philosophies that advocated peace and tolerance, and had contributed to the world positively.

I never learned anything to the contrary until I came across a Dalit retelling of the Ramayana in college. Within it, a Dalit activist flipped the narrative of Rama, the fair skinned Aryan God of the North, as the good guy, and Ravana, the dark skinned Shudra king of the South as the bad guy. He laid out the history of the term “Dalit”, or “the oppressed”, the centuries-long oppression by the Bramhinical order, and the revolutionary vision laid out by Dr. B.R. Ambedkar. He spoke about manual scavenging, an ongoing practice in which millions of Dalits are forced to clean sewers without equipment at the behest of their upper caste oppressors, and honor killings, in which people who dare marry outside their caste are ostracized and even killed.

I was stunned. The story ran against everything I had been taught about Hinduism. From this perspective, Hinduism was a tool of oppression that had been used for millennia to perpetrate an unjust system, rather than the wise and gentle philosophy that I had always understood it to be.

I could not deny the dignity and truth-telling power of the storyteller in the video. One line in particular rang in my ears and refused to leave, “Not only will we reclaim our humanity, but we will make you human as well!” I began to read more about the ways the caste system has dehumanized people by separating them and denying them what Ambedkar calls “liberty, equality, and fraternity.” I realized there was so much of my history that I had not been taught.

My desire to learn more led me to India, where I studied modern Indian history from South Asian historians like MSS Pandian and Tanika Sarkar. I read the works of Savitribai Phuleand Jyotirao Phule, EV Ramasamy Periyar, and B.R. Ambedkar, and began to understand their disillusionment with Hinduism and visions for human emancipation on the subcontinent. I learned about the history of Buddhism as one of the first anti-caste liberation movements, the Bhakti saints who subverted the rigid Bramhinical and patriarchal order, and yes, the history of Muslim and Christian missionaries who offered services and scholarship that were enabling to oppressed groups, and how these interventions created local indigenous liberatory traditions that were beautiful, vibrant, and also very much  Indian.

Outside of the classroom, I got an education from friends, movements, and organizations such as Dalit History Month and the Ambedkar International Mission, which draw attention to the continuing regime of caste apartheid both in modern “India Shining”, as well as the Indian diaspora.

As an educator I believe in the transformative power of education. The process of working through the contradictions between my monolithic view of Hinduism and the narratives of Dalits, Adivasis, and other oppressed peoples was vital for my growth. It led me to a broader community and larger truth that has shaped who I am as a community organizer and educator.

Pointing out and understanding contradictions in history do not have to simply lead to low self-esteem for the Hindu child; they can be a valuable pedagogic tool to develop people into critical thinkers who can transform themselves and transform the world.

By trying to protect Hindu children from the shameful aspects of Hindu history and erase the contradictions within the tradition, you deny them an opportunity to learn about histories in which ordinary people came together to try to build a world free from inequality and injustice. In denying the humanity of Dalits by advocating for edits that erase their histories, those of us who were born with caste privilege deny our own humanity, and foreclose the opportunity to build a world in which everyone can be human. As an educator, this runs fundamentally against my values.

As a person of Hindu descent, the Hindu American Foundation does not speak for me.

Meghna Chandra is a writer, organizer, and educator living in Philadelphia. She has an MA in Modern Indian History from Jawaharlal Nehru University. She tutors in the Philadelphia School District, teaches ESL classes to recent immigrant communities, and hopes to be a history teacher. She is a member of the South Asian Histories for All Coalition.

Haridwar and After: Silences, Past and Present, Have Enabled Genocides

Of Apprehension, Unease and Scare Amongst Christians and Other Minorities

Mr Prashant Kishor, Yours and BJP’s Performance is not Much Better Than That of Congress