Why RTI Can Be A Tool for Change 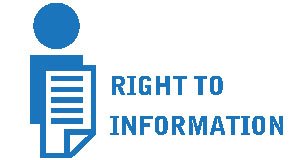 I was transported to another world as Manna Dey’s evergreen number from that classic Hindi movie Anand (1971) was playing on my car radio, as a tribute to the singing legend who left this world this week (October 24). But soon enough, I was jolted back to reality as my destination had arrived – a decrepit old government building inside the bylane of a ramshackle market.

The local electricity office is a place I dread going – not just because it’s a dingy little place, but because no work ever gets done here, like a typical government department in India. One day, the cashier isn’t around; the next day, the executive engineer hasn’t arrived; and on the third day, the office is closed because of a local festival.

Well, I had to make the rounds because of a one-year old bill my better half had thrust surreptitiously into my hands one morning. It was for the installation of a new electricity meter, as the old one had given way, but we were being charged by default on the basis of old summer bills when the ACs run at full blast. As usual, the person concerned was not ‘in his seat’ – he’s ‘on his rounds’ (God knows what these ‘rounds’ are! I’ve never been able to figure out).

As I was back in the comfort zone of my car…and back to Manna Dey’s voice, an idea struck me – why don’t I use my press card? The press card works wonders in India and opens several doors hitherto shut or banged on your face. I justified my late realization by saying I wanted to experience the frustration an ‘aam aadmi’ feels when he visits a government office in India. Besides, I am also a part of the vast mass of ‘mango people’ floating around.

Just then, another bulb popped – why don’t I file an RTI to pin down the status of my application for meter replacement? The thought is still germinating in my mind. Coincidentally, it was October 25th, the Right to Information Day of the I Lead India campaign by The Times of India, India’s largest selling newspaper. The English daily had conducted several workshops in a number of Indian cities – including far-off places like Srinagar and Guwahati – to make people aware of the powerful tool in their hands. RTI activists Aruna Roy, Anjali Bhardwaj, Nikhil Dey, and Wajahat Habibullah have been enlightening citizens across the country about this important right.

The response has been tremendous, though most people are still not aware of how they can use this right to their advantage and change things around them. Many of us still do not realize how this right is already changing the nature of our democracy to make it more participative. Across the country, a silent revolution is taking place. People in smaller towns are using the right more effectively as they are the ones most affected by adverse decisions or non-decisions.

But what is this right all about? The Right to Information Act (RTI) is an act of the Indian Parliament passed on June 15, 2005, and came into force on October 13 the same year. At the time it was passed, most citizens and many parliamentarians did not realise the deep impact the act would have on the Indian political system.

Had they done so, perhaps they would have tried to stall it the way they did Women’s Reservation Bill and Lok Pal Bill. While ordinary citizens latched on to the power they got in their hands, politicians and bureaucrats are only now realizing the arrow they let off their quivers eight years ago.

However, the build-up to the RTI was already in place before 2005, as many state assemblies had passed their own RTI acts from 1997 onwards. It was an idea whose time had come, and legislators could only delay its arrival, not prevent it. The Supreme Court had given a ruling that disclosure of information with regard to the functioning of the government must be a rule rather than an exception. It had also given directives that the right to information comes under Article 19 (fundamental rights) of the Indian Constitution.

Today, the importance of the act can be understood by the fact that it has created a new class of people – RTI activists – who regularly file applications and petitions to get their concerns addressed. It has also created a culture of transparency in the country which the political class finds difficult to bypass. Political parties tried hard to resist coming under the act, but if the government bodies are under it, how can those who form the government not come under it?

The movement for transparency in the country – carried forward by social activists like Aruna Roy and members of the Anna movement like Arvind Kejriwal, Kiran Bedi and Santosh Hegde – now intends to cover corporate entities and NGOs too. The RTI, as it stands, is the most empowering citizen’s right in the world today. We, the people of India, must make full use of this right to foster a culture of accountability among our public servants, and must be forever vigilant to guard against efforts to weaken it through motivated legislations. Eternal vigilance is the price of liberty.

As I reached home, resolving to use this right at my disposal, the radio host on Manna Dey signed off with an apt and haunting song: Ae mere pyaare watan.