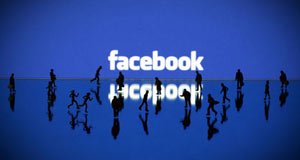 What is in a name? You may call a rose by any name because in Facebook, you never face a book instead it has taken away the book from your face.

Facebook is a phenomenon, a trend and a sort of requirement in today’s cyber world. What type of a requirement? It is Sabsolutely not that you cannot survive without or cannot manage your daily life. However, most of the computer-literates have made it a point to remain in touch with their friends, family, acquaintances and fans through Facebook. Still, there are many who are scared or cautious in using this web page. Facebook has enveloped or coiled around the entire world like a serpent or python.

You may get in touch with your friends all around the world on a single page; chat with them, exchange pictures or a chuckle, share songs, videos, messages, missions, events and ideas. You can even promote your products, business, ideas, and messages or even give advertisements. Now, you can even use the online call service like Skype through Facebook.

There are dozens of similar sites; MySpace, Digg, Stumble upon, Reddit, LinkedIn etc., but nowhere near to Facebook and now the messages are coming along Twitter too, our small sentence are being tweeted side by side.

This social-networking phenomenon has hundreds of millions users on its site. It is the biggest social networking site where one can get in touch with all his online friends, within the click of the mouse. However, you have to be careful and never share a good-deal of personal details to criminals; either cyber or other. President Obama has too warned people to be careful with their photographs and this warning is especially for females because of the predators and evil-minded people around.

Precaution is a must; watch your activities, especially in a social media. I myself like to share my personal photographs or information with my close net-circle but on Facebook, many things go public despite all the privacy control.

We make friends knowingly or unknowingly because sometimes an invitation for friendship is extended to which we cannot deny. The posts we do, the status update we provide, project all the details of our day to day activities; in a way, your whole circle gets to know what is new or what you are up to. Sometimes it’s embarrassing to know that, all about you is known to all, through your link.

But this exactly has turned out to be the main purpose; you feel that sitting idle on Facebook is just nonsense, then you click ‘like’ on your friends post and if you are not doing that now, you comment on their pictures and posts. Some of my Facebook friends, though being idle online would inform me, “Oh yeah, I know where you are and what is going on!”

FB is a good tool for FBI or other secret services or spying agencies; to check your records through FB and nab the culprits or the ones against their ideologies. Some of the records come handy, after the crime, murder or suicide is committed. Then they look into their profile to investigate the planning or trace the mind frame.

Sometimes, by checking the records, the criminals are nabbed even before the crime is committed. While at times, some con artists are nabbed just for over smartness.

Facebook was founded by Mark Zuckerberg along with his college roommates and fellow students; Eduardo Saverin, Dustin Moskovitz and Chris Hughes. The website’s membership was initially limited to the Harvard students but later expanded to the other colleges in the Boston area; The Ivy League and Stanford University.

It gradually acquired support of students from various universities before opening to the high school students and eventually to anyone aged 13 and above. However, from February 2004 and onwards it is operated and privately owned by Facebook Inc. As of February 2012, Facebook has more than 845 million active users and have surpassed 2 billion in 2013.

Users must register before using this site, after which they may create a personal profile, add other users as friends and exchange messages including automatic notifications when they update their profile. In addition, users may join common-interest user groups organised by workplace, schools, colleges or other categories and categorize their friends into lists such as “People from work” or “Close friends.”

Mark kicked out his two partners and became the CEO of Facebook and Time magazine’s ‘Person of the year’ in 2011; wearing his hoodie jacket, which is his trade mark just like the sweatshirt of Steve Jobs. With his sparkling face and shining eyes, he sends a message on my profile and I’m so enthralled to see it on my page; while he is sending this to thousands and millions at the same time. Earlier his headquarters were at Palo Alto California. In early 2011, Facebook announced its plans to move to the new headquarters, the former Sun Micro systems campus in Menlo Park, California.

On Wall Street, the Facebook’s value is almost 70 billion dollars. The investors and financiers are looking forward to buy its lucrative shares.

Facebook has affected people’s social life and their activities in various ways. Due to its availability on most of the electronic devices, Facebook allows users to continuously remain in touch with their friends, relatives and other acquaintances wherever they are in the world, as long as they have access to internet. It can also unite people with common interest or beliefs through various groups and other pages, and has been known to reunite lost family members or friends.

One such reunion was between John Watson and his daughter whom he had been seeking for the past 20 years. They met after Watson found her Facebook profile. Another father-daughter reunion was between Tony Macnauton and Frances Simpson, who had not seen each other for nearly 48 years.

Some argue that Facebook is beneficial for one’s social life as they can continuously stay in contact with their friends and relatives, while others say that it has increased antisocial tendencies because people are not directly communicating with each other.

Some studies have named Facebook as a source of problems in relationships. Several news stories have suggested that using Facebook causes divorce and infidelity but such claims have been questioned and refuted by other commentators. Yet, one can say that it is addictive and causes us to be in touch and get online from time to time. New relations are formed while divorces are taking place. Like any other networking, it depends on an individual’s own discipline and self-control. Last year, a 13 months old baby drowned while the mother was hooked up on Facebook. There are many other accidents or incidents related to Facebook and other connections.

In Pakistan, almost everyone with a computer has a Facebook account. I have almost half of my family and friends sitting here, chatting and exchanging views. At the same time, I got hold of some of my lost friends and relatives as a bounty.

Heard of a person whose wife died? The man was in total loss and grief. A close friend of him, while consoling asked him, “Can I help you with anything?” “Yes, bring me my laptop; I would like to update my status to single.”

There are many accounts online with fake identities. An account with a profile picture of a girl and who is a friend of a couple of other friends was in my list for the past three years.

The other day she informed me, “If you don’t mind, I would like to tell you that actually, I am a boy.”I told her that it does not bother me and in fact you should consider properly in which gender, you are satisfied.

*Abida Rahmani is a widely-traveled Pakistani Canadian writer and interpreter based in Toronto.