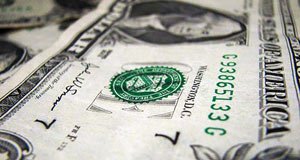 WASHINGTON,  The U.S. has quietly decided to release more than $1.6 billion in military and economic aid to Pakistan that was suspended when relations between the two countries disintegrated over the covert raid that killed Osama bin Laden and deadly U.S. airstrikes against Pakistani soldiers, according to Mamosa Report.

American and NATO supply routes to Afghanistan are open. Controversial U.S. drone strikes are down. The U.S. and Pakistan recently announced the restart of their “strategic dialogue” after a long pause. Pakistan’s new prime minister, Nawaz Sharif, is traveling to Washington for talks this coming week with President Barack Obama.

But in a summer dominated by foreign policy debates over the coup in Egypt and chemical weapons attacks in Syria, the U.S. hasn’t promoted its revamped aid relationship with Pakistan. Neither has Pakistan.

The silence reflects the lingering mutual suspicions between the two, reported AP today.

“The Pakistanis do not like being seen as dependent on their heavy-handed partners. The Americans are uncomfortable highlighting the billions provided to a government that is plagued by corruption and perceived as often duplicitous in fighting terrorism”.

Congress has reportedly cleared most of the money, and it should start moving early next year, officials and congressional aides told the news agency.

The State Department officials spoke on condition of anonymity to AP because they weren’t authorized to talk publicly about the aid relationship ahead of Sharif’s visit. They said the money would start reaching Pakistan in 2014 but take several years to disburse fully.

“Pakistan’s long-term stability is of critical national security interest to the U.S., so we remain committed to helping achieve a more secure, democratic and prosperous state, including through continued civilian and military assistance,” said Dan Feldman, the State Department’s deputy special representative for Afghanistan and Pakistan. He said the assistance plan will deliver results for both countries and enhance Pakistan’s ability to fight terrorism.