Trump Set to Ease Restrictions on Terror-Bombing by Drones 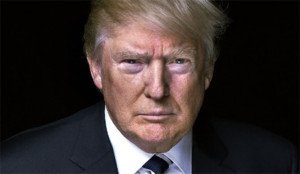 Rule of law principles don’t matter. Washington makes up its own. What country will Trump rape and destroy next? How many more children will he kill?

US terror-bombing by drones, warplanes and attack helicopters largely massacres civilians – on the phony pretext of combating ISIS and other jihadists America supports.

Obama’s drone war was lawless and despicable by any standard, picking up where Bush/Cheney left off, increasing the carnage they caused.

Trump intends authorizing greater carnage in all US war theaters, supporting terrorists, not combating them, field commanders given greater latitude to attack targets at their discretion.

Trump fooled no one aware of what’s going on, saying “the killers need to know they have nowhere to hide, that no place is beyond the reach of American might and American arms.”

The Pentagon and CIA conceal the enormous harm on civilians from drone terror-bombing, including targeting rescuers, funerals, weddings, and other noncombatants.

Predator drones sanitize killing on the cheap. Secrecy and accountability aren’t addressed. Aggressive killing is official US policy, cold-blooded murder by any standard.

Obama accelerated their campaign, Trump intending greater terror-bombing by drones, extrajudicial slaughter. Will he expand it to new theaters?

Drones hover long hours over targeted countries, terrorizing civilians. Living with the threat of drone attacks raises constant fear of a deadly attack any time without notice, civilians powerless to protect themselves.

People in targeted areas are helpless on their own, strikes incinerating or blasting them into unidentifiable pieces, making traditional burials impossible.

Rule of law principles don’t matter. Washington makes up its own. What country will Trump rape and destroy next? How many more children will he kill?