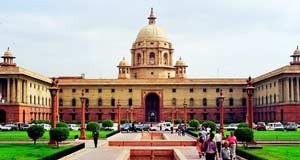 A landmark judgment by the Supreme Court Thursday, coming as it did on Sardar Patel’s 138th birthday, is what the doctor ordered to galvanize India’s moribund steel frame. Between the lines, the apex court tells a distraught citizenry, running from pillar to post even for basic delivery of services, that ‘babus’ (government servants) needn’t cower before the political master — they can shape up.

There are two assumptions in the order for this to happen, thanks to a petition co-anchored by former cabinet secretary TSR Subramanian and over 80 distinguished silvers — security of tenure and a paper trail to mark all decisions.

Security of tenure, as Subramanian and others successfully argued, can come if the Centre and each of the states constitute ‘civil services boards’ (CSBs), headed by the cabinet secretary and chief secretaries, respectively.

These boards, which the apex court now wants up and running in the next three months, will recommend to the head of government which officer among India’s three all-India Services, or state and central services, is the best one to man a given position of public importance.

Of course, it will then be for the prime minister or the chief minister of the day to accept or reject the board’s proposals, but the reasons for overruling will be recorded on paper. Thus, it will end whimsicality as in recent cases like that of Durga Shakti Nagpal in Uttar Pradesh and SanjeevChaturvedi and Ashok Khemka in Haryana.

This simple structure, which the Supreme Court wants armed with adequate independence, is to ensure that at least officers at the rank of joint secretary and above in government of India, heads of police and forest forces across the country, income tax and customs seniors, and other important custodians of public property like district magistrates and superintendents of police in states can’t be shunted at the mercy of the political animal.

That said, the order, a detailed transcript of which will take a few days to be made available, does not accept the petitioners’ suggestion that CSBs can have two retired civil servants too. Rather than allowing these boards to become another sinecure for superannuated babus, the SC has opened the doors wider. This will allow other practitioners to come in to serve on CSBs.

The second part of Thursday’s order pertains to Civil Services Conduct Rules, 1964. In plain English, raging controversies like the one where the coal secretary between 2004-05, P.C. Parakh, acted on behalf of the prime minister are being addressed here. So, each instruction including oral ones shall have to be recorded including the political and business interest being served therein!

Much of this already exists in the rule book – it’s just that an apex court direction, including that there should be a civil services act, will give this legal teeth.

Of great importance is the court’s observation that mere recording of every instruction will align with the Right to Information, 2005, giving them or a subsequent enquirer the genesis of everything that transpired in a decision.

“The judgment re-confirms how the Constitution of India is alive and kicking,” exclaimed Subramanian, after the court despite a broken lag. “It is a fundamental reform which government should have done themselves. Now that the court had to direct them, they are not going to like it at all. I expect the filibuster to start!” he warned.

Subramanian expects the specificity of Thursday’s direction to add up in another extremely important matter of citizen interface with the police. Here, Prakash Singh, a distinguished Indian Police Service colleague has procured the apex court’s direction on police reforms for over six years, but states have been pussy-footing on implementing the directions. When contacted, Singh sought more time to study Thursday’s order.