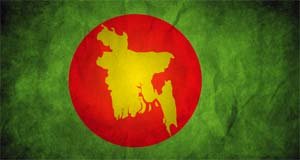 The deadlock is mainly over Sheikh Hasina-led government’s move to conduct Jan 5 parliamentary elections under a caretaker government like previous elections. The opposition parties-led by Khaleda Zia’s BNP oppose it.

On Friday, top Awami League and BNP leaders proposed ways to emerge out of the current crisis, officials of the two parties said, bdnews24.com reported.

“They have given some proposals; we have given ours,” said Awami League General Secretary Syed Ashraful Islam after the meeting. He said the party would take a decision after discussing them.

“We began our talks to pave the way for a fair election with all parties taking part,” said BNP acting Secretary General Mirza Fakhrul Islam Alamgir.

The BNP had given certain specific proposals and so had the Awami League, he said. “Now we will decide after discussion in the party.”

Leaders of these two sides had held talks at the same place Wednesday with UN Assistant Secretary General Oscar Fernandez-Taranco bringing them to the negotiating table. He left Dhaka Wednesday evening, while urging the two sides to continue talks.

The UN assistant secretary general for political affairs during his visit had managed to bring the bickering politicians — Prime Minister Hasina and Opposition leader Zia — to the negotiating table and urged them to find out home-grown solutions.

Meanwhile, six people have died in attacks by Jamaat-e-Islami supporters across Bangladesh since the execution of its assistant secretary general and war criminal Abdul Quader Molla Thursday night. IANS