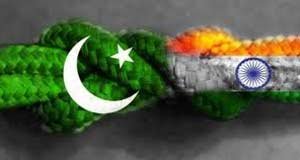 RELEASE OF BOOK ‘WHAT’S WRONG WITH PAKISTAN?’ BRINGS TOGETHER INTELLECTUALS FROM BOTH SIDE OF THE DIVIDE

NEW DELHI, Nov 20 —  The Pakistan Army is “changing”, supportive of democracy and focused on combating internal threats, a former Pakistani minister said here adding that those in the military establishment supporting the Lashkar-e-Taiba (LeT) were “rogue elements”.

According to Javed Jabbar, former Pakistan senator and information minister in the Pervez Musharraf government, there is a positive change in Pakistan in all spheres — its media is vibrant and free, its civil society strong and the people are determined to fight terrorism.

Addressing a discussion on his country during the release of Pakistani author Babar Ayaz’s book “What’s wrong with Pakistan?” at the India Habitat Centre here earlier this week, Jabbar said Pakistan’s military, which has ruled for many years, is now slowly changing and is keen for democracy to succeed.

Asked about the military’s links with the Lashkar, Jabbar brushed aside the question, saying these were “assumptions”, and “there is no sign of support, there can be some rogue elements”.

On terror groups, including LeT founder Hafiz Saeed, functioning in Pakistan, Jabbar said Saeed is given attention “disproportionate” to his relevance.

He also claimed that Pakistan is the “testing ground for three countries that have their own agenda and are injecting money to the terror groups”.

On the 26/11 Mumbai attacks in which 10 Pakistani terrorists were involved, the author said senior Pakistani functionaries were not “complicit” in the attack but “probably at a lower level there could have been some connivance, but it is not proven”.

He hoped the trial in Pakistan, for which India has provided the evidence required, proceeds “and the guilty are punished and justice done”. The 2008 terror attack has done “enormous damage to India and Pakistan”, he said.

He also said Pakistanis, as a people, were standing up against the “criminals” who indulge in jihad (religious war).

Mani Shankar Aiyar, Rajya Sabha MP and proponent of India-Pakistan peace, said Pakistanis as a people are standing up against terror. “If Pakistan is the epicenter of terror, it is also the biggest victim of terror,” he said.

Aiyar, who is the patron of the Policy and Planning Group, said Pakistan had “no desire for revenge” over the division of that country after the 1971 war. They have reconciled themselves to Bangladesh, he said.

He was replying to Indian journalist and historian Swapan Dasgupta saying that as long as the “desire for revenge (on India) for Dec 16, 1971 persists, it will be difficult for any enduring peace with Pakistan”. Dasgupta, in the debate, maintained it was possible to have good relations and peace “with Pakistanis and not with Pakistan”.

To a question on Kashmir, Jabbar said there is “no single consensual opinion in Pakistan” and said there was need for an open debate on the Kashmir question. He felt that the four-point formula for resolving the Kashmir issue that former Pakistani president Pervez Musharraf proposed in December 2006 should be revived.–IANS