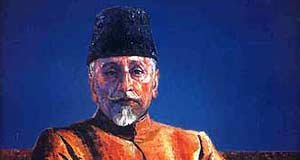 I was scribbling notes for a seminar on the occasion of Maulana Azad’s birthday in February when the mind made an extraordinary connection with a historic event I was witness to.

In February 1981, an obscure village of Meenakashipuram, about 15 km from Tenkasi in Tamil Nadu, shot into prominence because 150 low caste Hindus converted to Islam. I was then with the Indian Express in Chennai.

Having been trained in my alma mater, The Statesman, to write features of such balance as not to appear to be taking sides, I proceeded to balance the argument on Meenakshipuram too. Hindus must do this and Muslims must do that and so on.

Next morning, I found myself in the eye of a storm.

Irathavan Mahadevan, Executive Director and a brilliant scholar on the Indus Valley script, came running down from his office upstairs, frothing in the mouth. Every now and then, he would leap a few inches and find his feet again. He was speechless with anger. I should have condemned the conversions, he stuttered, and chastised the Muslim groups responsible for it.

K. Sambandam, the solitary non-Brahmin member of the editorial team, spread out Dravida newspapers on my desk to prove that the “balance” in my editorial also had a clientele among the two Dravida parties. But I had learnt the hard way that it was wiser to steer clear of intra-Hindu arguments. Had I learnt the right lesson?

Meenakshipuram happened when the communal cauldron was bubbling over on account of other factors — the insurgency in Punjab, Zia ul Haq’s Nizam-e-Mustafa in Pakistan, social imbalance caused by the petro dollar remittances from Gulf, and the early appearance of garish Dubai houses in Kerala. Conversions only provided the ignition.

The 1980s were marked by a spate of riots in Moradabad, Aligarh, Maliana, Bhagalpur, climaxing in the Shilanyas or the foundation laying ceremony for the Ram Temple in Ayodhya and finally the demolition of Babri Masjid December 6, 1992. Communalism, once triggered, picks up a life of its own particularly in the context of electoral politics.

Meenaskshipuram, however, remains unique in the sense that no Muslim conversion on this scale had happened since Independence, nor did one after 1981. Was it financed by Dubai remittances? What did occur subsequently was something quite different: a spate of attacks on Christian missionaries.

These alerted leaders like Atal Behari Vajpayee about a rash of Christian conversions in the tribal areas of Odisha, Madhya Pradesh and Chhattisgarh. Vajpayee called for a national debate on conversions. K.N. Govindacharya of the RSS dedicated himself to reclaiming those who had “strayed” out of the Hindu fold.

When a similar situation arose in the first decade of Independence, Prime Minister Jawaharlal Nehru invited his Education Minister Maulana Azad to tackle the complicated situation.

“Let me assure you that we are fully aware of the outstanding work foreign missionaries have done over the past 150 years in education and other humanitarian fields. For years, the East India Company was opposed to imparting education to Indians. It was a missionary society which opened the first school and college to impart modern education to Indians. After India’s independence, many missionary societies asked us if they would be allowed to continue their work and we encouraged them to continue the good work.

“The acceptable way for religious conversion is simple: if an adult reflects on the faith he has been born into and feels intellectually compelled to adopt another faith, he has all the protection in the constitution to exercise his free choice. This kind of conversion is a function of proper balance between the heart and the mind.”

The Indian constitution gives the right to every individual to preach his particular faith, and the recipients of such preaching have every right to change their faith.

“But there is another method of conversion: for social reasons or for a common cause, a large group of people makes up its mind to defect from one religion to another. If each individual of this group were asked to explain why he left the faith of his forebears, I am certain he will not be able to advance a reason persuasive enough that such a person has actually reflected on the question of religion and truth. On most occasions such groups are composed of people who have no education, people who are singularly incapable of making up their minds on issues that inform a matter as serious a religious belief.” An elitist view?

The Maulana settled the debate two generations ago. How would his reasoning be received by both the sides today?

“Forcible conversion?” frowned Madar Sahib, who changed his faith when he was 40. “Yes, I was forced by the upper caste Hindus to run away from a system that treated me like a street dog.” According to the Maulana, Madar Sahib “defected” from an unfair system. It was not religious conversion.

Islam, Catholicism, Protestantism, Marxism are all linear proselytizing systems. There is a problem when they come into contact with a circular system which does not convert.