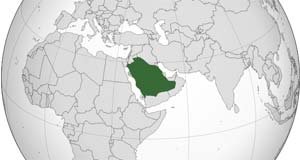 RIYADH, April 7 – An expatriate Indian in Saudi Arabia was beaten to death by a fellow countryman, a police officer said.

The two Indians, hailing from the south Indian state of Kerala, were living in Azizia district in Saudi Arabia’s coastal city of Jeddah.

“The victim died within five days of being admitted for treatment,” police said Sunday.

The victim, who had returned after a vacation, died due to head injuries.

The police have concluded the case to be a murder and have referred the case to the Bureau of Investigation and Prosecution for criminal action.

This is the second murder of an Indian expatriate in Jeddah within a month, the report stated.

Another Indian national was brutally killed and his body set on fire in the Sharafia district in Jeddah last month. — IANS