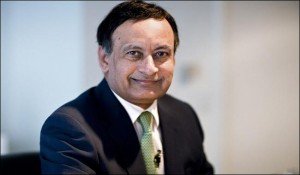 ISLAMABAD: To the embarrassment of the PPP’s top leadership, Husain Haqqani has admitted that with the authorisation of the-then elected civilian leaders he, as Pakistan’s ambassador to US, had facilitated the presence of large number of CIA operatives in Pakistan to track down Osama bin Laden.

In his latest article — “Yes, the Russian ambassador met Trump’s team. So? That’s what we diplomats do” — published in The Washington Post, Haqqani identified the then president Asif Ali Zardari and Prime Minister Yousaf Raza Gillani as his “civilian leaders”, and revealed, “In November 2011, I was forced to resign as ambassador after Pakistan’s military-intelligence apparatus gained the upper hand in the country’s perennial power struggle. Among the security establishment’s grievances against me was the charge that I had facilitated the presence of large numbers of CIA operatives who helped track down bin Laden without the knowledge of Pakistan’s army — even though I had acted under the authorisation of Pakistan’s elected civilian leaders.”

Haqqani wrote: “The relationships I forged with members of Obama’s campaign team also led to closer cooperation between Pakistan and the United States in fighting terrorism over the 31/2  years I served as ambassador. These connections eventually enabled the United States to discover and eliminate bin Laden without depending on Pakistan’s intelligence service or military, which were suspected of sympathy toward Islamist militants.”

The former ambassador said, “Friends I made from the Obama campaign were able to ask, three years later, as National Security Council officials, for help in stationing U.S. Special Operations and intelligence personnel on the ground in Pakistan. I brought the request directly to Pakistan’s civilian leaders, who approved. Although the United States kept us officially out of the loop about the operation, these locally stationed Americans proved invaluable when Obama decided to send in Navy SEAL Team 6 without notifying Pakistan.”

Haqqani explained, “I became Pakistan’s ambassador in May 2008, soon after the country’s return to civilian rule after nine years of military dictatorship under Gen. Pervez Musharraf. The George W. Bush administration had forged an alliance with Musharraf in the aftermath of the 9/11 terrorist attacks, hoping that economic incentives and offers of military hardware would turn Pakistan away from its long-standing policy of supporting Islamist militants, including the Afghan Taliban, as instruments of regional influence.”

He added, “By 2007, Bush had realised that Musharraf either ‘would not or could not’ fulfill his promises in fighting terrorism, as he wrote later, and the president welcomed Pakistan’s return to democracy. The civilian leaders who appointed me as ambassador — President Asif Ali Zardari and Prime Minister Yousuf Raza Gilani — looked forward to U.S. backing in reversing Musharraf’s policies at home and abroad. They said they wanted to end Pakistan’s support for the Taliban, improve relations with India and Afghanistan, and limit the role of Pakistan’s military intelligence service in defining the country’s foreign policy. In return, they sought generous US aid to improve the ailing Pakistani economy.”

He said, “I had an advantage most ambassadors did not: I’d lived most of the Musharraf years in exile in Washington and had established close ties with members of Congress and others influential in policymaking. But I began my job in the middle of the 2008 election campaign, and I knew that the Bush administration’s policies might not continue under a new president. Within weeks of presenting my credentials to Bush that June, I was communicating with campaign officials in both parties, and soon had meetings with aides to both Sen. John McCain and Sen. Barack Obama.”