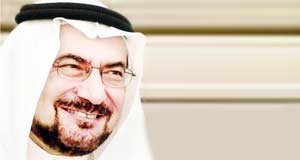 JEDDAH, April 2 — Extremist voices and groups have hijacked Islam and misappropriated the right to speak on its behalf, according to Organization of Islamic Cooperation (OIC) Secretary General Iyad Ameen Madani.

In his address at the inaugural session of the 25th Session of the Arab Summit held in Kuwait recently, he stressed that in actual fact, Islam with its established values and aspirations and with its advocacy of justice, equality, concord, coexistence and mutuality, is totally unrelated to them and to their ideologies and what they call for.

Madani said that the relations between the OIC and the League of Arab States are of a fundamental and pivotal character, with the cause of Palestine, Al-Aqsa Mosque and Al-Quds at the forefront, particularly under the recurrent and systematic Israeli violations aimed at judaizing Al-Quds and the stifling and brutal constraints meted upon the Jerusalamities.

He paid tribute to the close cooperative and consultative relations between the two organizations in their stand in the face of their common issues and challenges, and underlined the OIC’s keen interest in furthering its coordination with the Arab League.
He said that “the advancing danger and the serious challenges facing us all take the shape of discord and mutual killings which have gained ground in our ranks. This is a war where there is no victor but it will invite perils for all.”

He recalled that the Extraordinary Islamic Summit which was held in Makkah in 2012 had adopted the initiative of the Custodian of the Two Holy Mosques King Abdullah Bin Abdulaziz Al-Saud for the establishment of a Center for Dialogue among the Islamic Doctrines for the benefit of mutual understanding. He added that the OIC is striving hard to ensure that the Center becomes a reality in the near future.

The Secretary General invoked a number of other challenges facing the OIC and the Arab League, including the identity challenge, the challenge of achieving an innovative approach to coexistence that is mindful of the legitimate national interests of states and that lays the foundations at the same time for regional and inter-regional concord and coexistence and maximizes mutual interests and benefits rather than engaging in conflicts and mutual killings.--Arab News