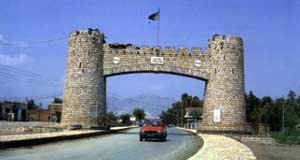 ISLAMABAD, Jan 18 – A senior Pakistani journalist was severely injured after being beaten up by a policeman inside the Khyber Pakhtunkhwa assembly complex in Peshawar.

Mohammad Naeem, a senior journalist and vice-president of the Khyber Union of Journalists, was badly beaten up Thursday after a policeman exchanged hot words with him regarding car parking inside the assembly jurisdiction, The Nation reported Saturday.

The policeman hit the journalist with a gun when Naeem asked him to remove barbed wire from the parking area which was reserved for journalists. The policeman broke one of his arms and severely injured his head, nose and mouth.

The policeman was allegedly about to shoot Naeem but another journalist interfered and took the gun from him.

After hearing the news about Naeem being beaten, a large number of journalists present inside the assembly boycotted the house proceedings.

The office-bearers of the Khyber Union of Journalists, Peshawar Press Club president Nasair Hussain and other journalists strongly condemned the incident and convened a meeting of journalist unions Saturday.

They said journalists would take a decision at the meeting to boycott functions of government office-bearers.