Battle for the Idea of India 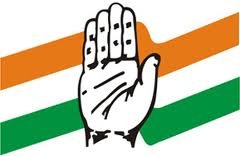 Is it really happening? Or is this merely a disturbing dream that would end when one wakes up? One would have thought that years of eager anticipation and hubbub promising the imminent arrival of the ‘messiah’ would have prepared one for the eventuality.

We reassured ourselves that the BJP may be a party of hotheads but it cannot be so batty as to choose someone, who is seen as the architect of a pogrom that claimed thousands of lives, for leadership of the nation. After all, the Supreme Court famously compared him to the Roman emperor renowned for his fondness for the fiddle and other artistic distractions. There are still cases pending against him in courts and far too much evidence in public domain to ignore.

One of his ministers is serving life sentence for her role in the 2002 carnage while another–home minister, no less–is charged with extortion, murder and staged killings by police following orders from the top.

Yet the BJP has no qualms in picking up Narendra Modi for the highest job in the land. Having mulled over the proposition for months, the BJP boss Rajnath Singh reasoned, the party finally decided to go with the sentiment of “cadres and millions of Indians.” In saying so though, Singh fails to give the credit where it is due—to the few wise men in Nagpur.

If the party leadership and other pretenders to the throne including Sushma Swaraj and Advani, Modi’s Karachi-born mentor who along with Vajpayee founded the BJP, eventually fell in line, the credit goes to the whip wielded by the RSS, the shadowy ideological parent of the BJP, VHP and other rabble rousers.

Interestingly, in the excited debate in the run up to Modi’s anointment and ever since, few in what Amit Baruah calls the Television India appear troubled by the troubling past of their hero. It’s understandable considering Television India is in the pocket of the Corporate India, which is indebted to the man who grants them acres of land and attendant freebies with a wave of his hand.

Ditto the aspirational, middle class India that celebrates death–deservedly of course—for four rapists in the infamous Delhi case but shrugs off the killing of Ishrat Jahan and rapes and murders in the Vibrant Gujarat.

Neither is outraged by the idea of Modi leading the nation of the Mahatma and Buddha. Of course, there are solitary voices like those of Amartya Sen and Amitav Ghosh, who are appalled by the idea of a tainted man leading the great democracy. But who cares what a couple of liberal, non-resident Indians think anyway!

As far as the Parivar and the middle classes are concerned, he is the man for the job. Ideal to discipline the nation with an iron fist and put an end to all the corruption, spinelessness and secular nonsense of the Congress. His past matters little. In fact, it’s not despite his past but BECAUSE of it that this section of the gallery loves him.

To quote Baruah again, the development lore built around the Gujarat leader is simply adulation for the 2002 killings and teachings Muslims a lesson. No wonder he wears his anti-Muslim credentials on his sleeve. For him the road to power is through prejudice.

So Modi is here and it looks like he is here to stay. The question is–what the Congress is going to do about it?  It remains as clueless and rudderless as ever.

All this while, the party dared the BJP to declare its choice for the PM’s job darkly hinting at the siege within the opposition party and hoping minorities and other ‘backward’ communities would once again come scurrying into its welcoming arms. But now that the BJP has unveiled its not-so-secret weapon, the cat seems to have got the Congress wallahs’ silvery tongue.

On the day the BJP went to town with Modi, the battery of Congress spokespersons between themselves couldn’t manage a single line in coherent response. “Why should we react to it?,” Kapil Sibal asked the waiting reporters. Because you are the ones who are facing the onslaught, silly!

The listlessness and demoralization in the Congress ranks is worse than seen in Europe on the eve of Hitler’s offensive. Is this the party that fought the greatest empire on earth to win freedom for India?

The gusto and grandstanding of the BJP’s prime ministerial aspirant, offering ready sound bites to waiting media and his unabashed hunger for power and careful, calibrated moves towards Delhi are only matched by the reluctance and escapism of Rahul Gandhi to take on the challenge.

The apparent aversion for power of Sonia Gandhi’s heir apparent and his acting coy like a young, bashful bride may have looked appealing at one time. Today, in the face of the daunting challenges the Congress– and the nation—confronts though, it looks ridiculous and downright dangerous.

And what is with this nonsense about him not being interested in and above the PM’s job for God’s sake? What does it mean? If he isn’t the party’s candidate for the top job, who is? The question wouldn’t have arisen, if the party hadn’t been so hung up on the dynasty. In any case, the incumbent is in his ‘80s and after the disaster of the past few years, he can’t dream of a third term.

Under the circumstances, how does the Congress propose to take on the challenge of a belligerent BJP led by someone who could go to any length for power?

The Parivar is projecting Modi and relentlessly pushing his carefully cultivated image of a tough administrator who can deliver at a time when people are sick and tired of runaway inflation, corruption and endless bad news on the economic front. Above all, the country is looking for a leadership that is visible, effective and engaged.

The problems India faces on the economic front today aren’t unique and specific to it. All emerging economies are battling the same issues. What the nation certainly needs in this critical hour is a leadership that inspires confidence, something that the meek and self-effacing Manmohan Singh has failed to offer. And Rahul’s unwillingness to fight and take on the challenge doesn’t help. No wonder Modi acts as if he’s already crowned.

The Congress, like the BJP, needs a face and a leader with a killer instinct and hunger to win; someone who can explain why the voters should give the party another chance despite the series of scams and lackluster performance. A reluctant and confused general cannot lead in the field, however capable and willing his troops.

So if Rahul isn’t up to the job, he should step aside and make way for someone who is. For in the battle ahead, not only the party would need an able and assertive leader and all the resources and fire power at its disposal, it would need the support of a grand political-civil society coalition to tackle the gathering storm. The upcoming election is set to redefine the Idea of India.

For all his bluff and bluster and the moneybags and spin meisters at his disposal, the reasonable and sensible majority of Indians cannot look beyond the BJP leader’s past. They cannot ignore what he stands for and what his leadership would mean for this diverse, melting pot of a nation. India certainly needs change but not the kind that Modi promises.