Applied Socialism In Governance Is The Need Of Hour

Before 1947, freedom struggle had witnessed many leaders, many innovations and inventions, particularly in resistance and the whole struggle, though was united for a single cause of Independence, but was diverse in ideologies and methods and yet connected with each other and respected each other. Most powerful tools of that time were revolutionary use of non-violent methods where many people joined the struggle through direct and indirect ways of fasting and hunger strike through Satyagraha, creative programs through charkha and awareness programs through social reforms and writings and issuing newspapers.

During all these events, the idea of socialism was at its core and in fact was taking shape in its own way that one may term ‘Indian Socialism’ as it had revolutionary demands and it was adopted in ideologies of freedom fighters like Bhagat Singh and Gandhi both. The very idea behind was the true essence of equality, freedom, justice and peace at all levels. Socialist leaders like Lohia and JP were voice of people and had been think tanks of leadership.

Leadership of that time was not only concerned about immediate objectives that was getting rid of British, but were concerned more about the larger cause of social transformation as well and how the ideas and methods of that time were going to affect the future society. Considering this, almost all such people also did their best efforts to work on social reforms and to make efforts for communal harmony, peace and non-violence as these were going to affect the society of the then present and future.

Even after partition, leaders like Jaiprakash Narayan or JP advocated disarmament on one side and still remained a nationalist leader as his socialism approach in Indian context was based upon welfare and upliftment of people. For a common person, socialism may be considered as ‘Gandhi’s Talisman’ where he talked about ‘Last Person’ (Antim Vyakti) as focus of our actions. Instead of going in theories that are in books, Indian socialism is more about its practical approach to bring real and ground solutions of people’s problems as well as to lead the society towards being more matured society through bringing debates and dissents among people.

Unfortunately, in today’s time when our nationalism is more about glorification of wars and hatred for others, when our religious identity is more about our efforts to hegemonic majoritarian choice of languages and food patterns and when our understanding of equality has become limited to reservation debate; it seems that applied socialism is need of hour where we can redevelop and rethink patterns of social development and to see the society as a mixed group of different casts, religions, faiths, food and dressing patterns etc. and to bring debates and dissents as healthy practices.

For any society, be it of Kashmir or Kerala, what really matters is equality, liberty and fraternity with the scope to have different narratives and discourses of any policy and ideology. Having different narratives, for a democracy is actually a healthy sign instead of taking it as a threat for the reasons that these different narratives are the very foundation of a matured society and state while curbing it would only damage the essence of democracy.

In a few states, efforts by governments with socialist approach have been done in past, but to uplift the population suddenly is no magic and always a challenging task and would take time. Policies of present governments must be aligned with practical scope and status of society and need to be implemented wisely. However, the pattern we see sometimes are hurry in decisions or deviations from the adopted resolutions and it is visible in many policies. For example, in many states, Aadhaar was made compulsory for government schemes, but it also restricted the benefit to actual beneficiaries when they had no Aadhaar. Digital payments are always good for any developed society, but on the challenges of right to privacy and protection of data from any leaks or malfunctioning, government seems on backfoot.

Society needs these answers and need to think upon these challenges. For Indian and even I would say, South Asian context, we need to understand that our states and its people are emotional and diverse and with much inequality and hence any policy needs to be studied with sensitisation of its applications. We need to invest more and more on facilities and up-gradation on one side and on public awareness on the other. We need to adopt the policies considering the ‘last person’ of society and only then we would be able to have our society in peace and harmony, with liberty, equality and fraternity. 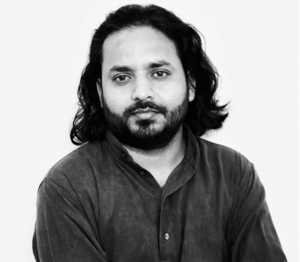 — Author is youth activist and freelance writer. He can be reached at [email protected]

Previous articleLaw Catching Up With Akhilesh-Mayawati As They Ready For Alliance
Next articleBJP TROUNCED IN PUNJAB LOCAL POLLS: CONGRESS WINS 2682 SEATS, BJP 65