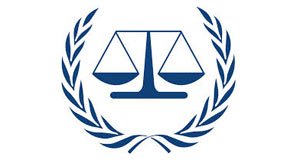 Surprise of the week: the club of African presidents (aka the African Union) has held a special meeting and declared that African presidents should be immune from prosecution for genocide, crimes against humanity and war crimes while they are in office. They are taking this step, they say, because the International Criminal Court is unfairly targeting Africans: all eight cases currently under investigation are about crimes committed inAfrican countries.

“We would love nothing more than to have an international forum for justice and accountability, but what choice do we have when we get only bias and race-hunting at the ICC?” said President Uhuru Kenyatta of Kenya (who by a strange coincidence is currently under indictment by the ICC). “The ICC…stopped being the home of justice the day it became the toy of declining imperial powers.”

The AU is not demanding perpetual immunity for its presidents. It only wants to reject the evil meddling of Western imperialists, and to keep African heads of state free from prosecution while they are still in office. What could be more reasonable than that?

So Uganda’s Idi Amin, Muammar Gaddafi of Libya, SekouToure of Guinea and other African mass murderers who actually died in office would have been liable for prosecution as soon as they retired, if they ever had retired and if the ICC had existed at that time. Their victims would have had justice at the last, if only posthumously.

If the AU gets its way now, the victims of current African leaders who commit crimes against humanity will only have to wait until they retire to see justice done. True, some African leaders stay in power for a long time – e.g. TeodoroObiangNguema of Equatorial Guinea (32 years), Jose Eduardo dos Santos of Angola (32 years), Robert Mugabe of Zimbabwe (31 years), and Paul Biya of Cameroon (29 years) – but Africans are patient people.

Except that they may not be that patient any more. Twenty years ago the accusation that the ICC is just an instrument of imperialist oppression and Western racism would still have played well in Africa, but the audience has got a lot more sophisticated. The AU’s modest proposal has been greeted with an outcry all over the continent, from Africans who know that their leaders can be just as cynical and self-serving as leaders anywhere else.

The most eloquent protest came from Archbishop Desmond Tutu, the 82-year-old hero of the anti-apartheid struggle in South Africa. “Those leaders seeking to skirt the (ICC) are effectively looking for a license to kill, maim and oppress their own people without consequence,” he said. “They simply vilify the institution as racist and unjust, as Hermann Goering and his fellow Nazi defendants vilified the Nuremberg tribunals following World War II.”

So is the ICC really a racist organization that unfairly targets African states? The fact that all eight cases currently being prosecuted involveAfrican countries certainly sounds suspicious. So does the fact that three of the five permanent members of the United Nations Security Council, which has the right to refer cases to the ICC, have not accepted the court’s jurisdiction themselves. But things are more complicated than they seem.

One hundred and twenty-two countries have already ratified the Treaty of Rome that created the ICC in 1998, including two-thirds of the countries in Africa and all the countries in Latin America except Cuba and Nicaragua. The Chief Prosecutor of the ICC is an African (FatouBensouda of Gambia), as are five of its eighteen judges.

The anomaly of Security Council members that have not ratified the treaty themselves (China, Russia and the United States) voting to initiate prosecutions before the ICC is definitely a problem. But only two of the eight current cases, in Libya and Sudan, were started by a vote of the Security Council, where Western influence is relatively large.

Four of the eight cases now before the Court (Uganda, Mali, Democratic Republic of the Congo, and Central African Republic) were referred to the International Criminal Court by the African countries themselves. Two were begun by the ICC’s Chief Prosecutor (Kenya and Côte d’Ivoire). And only two of the seven new cases now under consideration (Afghanistan, Georgia, Guinea, Colombia, Honduras, Korea and Nigeria) are in African countries.

This is not a conspiracy against Africa, nor is the AU defending African rights. It is an exclusive club of African presidents that is attempting to get its own members, the leaders of Sudan and Kenya,off the hook, and to protect the rest of the membership from any future legal proceedings.

As former UN Secretary-General Kofi Annan said, it would be a “badge of shame” for Africa if they get away with it, but they may not. They can easily dismiss the opinions of the “international community” (whatever that is), but they may find it harder to ignore the indignation they are arousing among their own citizens.