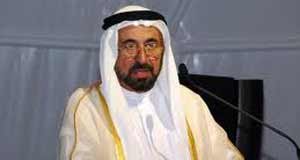 SHARJAH, Mar 13 — H.H. Sheikh Dr. Sultan bin Muhammad Al Qasimi, Supreme Council Member and Ruler of Sharjah, has approved the general budget of the Government of Sharjah, which translates his strategic vision for the emirate in various economic, social and infrastructure development fields.

Throughout the process of preparing the general budget for 2014, the wise directives of the Ruler of Sharjah crystallised into hard work on bringing happiness and prosperity to the Sharjah citizens and residents, and continuous development of the scientific and cultural characteristics that distinguish the emirate locally and regionally, given its cultural tributary and scientific edifice for other societies.

Walid Al Sayegh, Director General of Sharjah’s Central Finance Department, noted that the general budget had increased in terms of expenditure by nearly 7 percent, amounting to AED15.4 billion compared to AED14.5 billion in 2013. The increase was particularly in wages and salaries, which have gone up by 16 per cent compared to 2013. Operating expenses have also risen by 9 per cent compared to last year.

With regard to the sectoral distribution of the general budget, 47 per cent has been allocated to the economic sector. The social development and infrastructure sectors have been allocated about 11 per cent and 26 per cent respectively. As for the government services sector, it has been allocated nearly 16 per cent. These indicators reflect the extraordinary attention given by the government to the development of Sharjah’s economic and social systems, for the purpose of strengthening its competitive role in many critical areas, including education, culture and economy, on the regional and international levels.

Al Sayegh clarified that total government revenue has jumped by 8 percent compared to 2013, which reflects the great efforts exerted by government departments and organisations to increase revenues and develop government services for clients and the entire society.

The Director General of Sharjah’s Central Finance Department affirmed that the budget process of the Sharjah Government, which is based on many performance indicators in several strategic government sectors, has contributed to improving the methodology of preparing the general budget, linking it to government priorities and directing it towards areas that achieve welfare and prosperity in the emirate. This enhances Sharjah’s ability to continue developing its solid base culturally, socially, medically and economically.—Wam

Previous articleFLIGHT 370 STILL MISSING; MALAYSIA SAYS RADAR OBJECT ‘PLOTTED’
Next articleCongress Down and Out But BJP Far From In