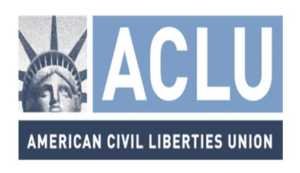 Targeting nonviolent, law-abiding DisruptJ20 activists engaged in constitutionally protected rights is a shot across the bow against all outspoken Trump agenda critics, potentially threatening them with criminal prosecutions.

It calls itself “an umbrella organization formed after Inauguration Day 2017 (January 20, or J20) to connect activist groups in Washington, DC, for the purpose of strengthening local organizing in the heart of the empire.”

Other information sought includes user searches, groups or networks they joined, and all “data and information that has been deleted by the user(s).”

The ACLU intervened in court to block or modify the intrusive Justice Department demands.

It argued “the warrants are overbroad under the Fourth Amendment (which protects personal privacy) and are particularly problematic because the lawful political associations and activities of the users and thousands of third parties will be revealed.”

“Opening up the entire contents of a personal Facebook page for review by the government is a gross invasion of privacy.”

“The primary purpose of the Fourth Amendment was to prevent this type of exploratory rummaging through a person’s private information.”

“Moreover, when law enforcement officers can comb through records concerning political organizing in opposition to the very administration for which those officers work, the result is the chilling of First Amendment-protected political activity.”

The ACLU, Electronic Frontier Foundation and Public Citizen, along with Google, Apple and Microsoft filed amicus (friend of the court) briefs, arguing a gag order imposed on the targeted individuals should be lifted so they can challenge the unconstitutional searches ordered.

On the eve of the court hearing on the gag order before the DC Court of Appeals, the Justice Department withdrew it. MacAuley commented, saying:

“My Facebook page contains the most private aspects of my life -and also a frightening amount of information on the people in my life.”

Carrefour commented saying “(t)his is part of a pattern of prosecutorial overreach in the repression of Inauguration Day protestors.”

Talarico blasted what she called “more than just a violation of privacy. It is a direct attack on DC’s grassroots organizing community.”

“In a city rife with inequities and injustices, the deck is already stacked against us. This overreaching warrant would strike a devastating blow to organizers working every day to make this city a better place.”

Targeting nonviolent, law-abiding DisruptJ20 activists engaged in constitutionally protected rights is a shot across the bow against all outspoken Trump agenda critics, potentially threatening them with criminal prosecutions.