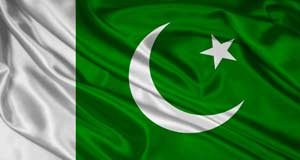 ISLAMABAD, March 22 – At least 40 people were killed Saturday when an oil tanker collided with two buses in Pakistan’s Balochistan province.

The accident happened when the two passenger buses with over 100 people on board collided with the oil tanker near Gadani checkpost in Hub district of Balochistan province, Xinhua reported.

Eyewitnesses said that one bus hit the oil tanker coming from the opposite direction on RCD Highway in Balochistan, while another bus that was following the tanker also hit it due to overspeeding.

The tanker exploded sparking a huge fire that engulfed both buses.

Police said that one of the buses was on its way to the southern port city of Karachi while the other was heading to Quetta city.

The injured people were admitted to Jam Ghulam Qadir hospital in Hub city where several of them were said to be in critical condition.

Hospital sources said that the bodies of those who died were completely burnt and could not be identified. — IANS